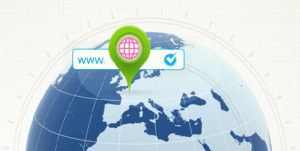 Start-ups often use clever domain names that provide maximum exposure for as little money as possible. Here are a few suggestions to fire up your imagination!

You just created a fine concept and want to develop a business around it. The business plan is drawn up and future prospects are encouraging. Only... you need a good name for your product now. A name, a slogan, that’s what most people worry about. But that’s a mistake. In this day and age, the first priority should be the domain name.
You may well have a good name in the back of your mind for your product or service, if you can’t get the domain name that goes with it, your project is doomed. Even if you offer your product or service offline, in a brick and mortar store. Users will indeed still want to look up your store on the Internet, to learn where it’s located, if you have any special offers, but most importantly: what your opening hours are.

Don’t make the mistake of thinking a page on Facebook is enough to conquer the world. An address like www.facebook.com/blahblah is just as unprofessional as a mail address like blahblah@hotmail.com. Only your own web domain will convince visitors that you are a serious professional.

But what if the name you want to paint on the proverbial bough of your ship has already been captured on the wild waves of the Internet ocean? What if blahblah.com, .net and .biz domains have already been taken by the big cruisers? And you do not have the kind of money needed to purchase those domain names from them? Well, then you will have to be a bit of a buccaneer and get creative. There are numerous possibilities to get your own little boats to set sail under an international flag. With domain extensions such as .io, .ly, .es and .be, you can make beautiful combinations – in this case with blahb.la, where .LA is the country code for Laos.

List.ly and Bit.ly, for instance, have nothing to do with Libya, which has .ly as its country code. Nevertheless, those names have become very successful – the first as a tool for making lists, the second as a tool used to make Internet addresses shorter. List.ly even succeeded in acquiring listly.com afterwards for an undisclosed price, but it still continues to use list.ly as its primary address.

Another country code much used by starting companies is .io, which stands for the British Indian Ocean Territory. This country code has in the meantime become the new chic for starters that want to prove their geekiness, like Pistach.io.

Another fun suffix that could be inspiring: .in. Believe.in, for instance, was glad to avail itself of the opportunity offered by the country code for India, to make its fundraising platform known internationally. There are many other possibilities to get a nice sounding domain name – that is, if you put your imagination to work. Consider what Lock8 did, for instance. Lock8 is a promising newcomer that offers the possibility to follow your bike via GPS in the event that it gets stolen and the company chose Lock8.me – a nifty combination that immediately illustrates what the company offers (“locate me”).

And then, there is the domain “hack” Indievoic.es, that uses the Spanish country code to promote indie voices of artists and that wants to become a kick-starter for independent media.

As you can see, the possibilities are almost endless to register a nice sounding domain name for your new company that will take it on the road to success. Or is it succ.es?