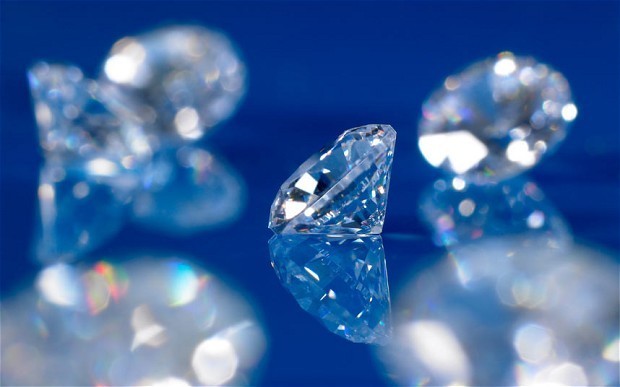 Little by little, the new gTLDs are being introduced into the Internet’s Root Zone. Some of them seem to have a lot of potential, such as .DIAMONDS. After all, are they not “a girl's best friend”?

Diamonds fire one’s imagination. Due to their unique structure (the word “diamond” originates from the Greek word αδάμας, which means “unbreakable”), not only are they rare in nature, but they are also ideal to be cut with multiple facets, in order to obtain a superb gemstone. Diamond has the highest hardness and thermal conductivity of any material that can be found in nature. In addition to being used in jewellery, diamonds are also used for industrial and scientific applications, e.g. in saws with a diamond edge blade.

This led to a burgeoning business, where polished and cut diamonds really fire one’s imagination. For example, from January to October 2013, more than 6 million carats of cut diamonds have been imported worldwide (1 carat = 0.2 gram; in other words, there are 5 carats in 1 gram), which represent almost 11.5 billion dollars.

Therefore, it was quite logical for this important sector to have its own gTLD, and it is Donuts that, in collaboration with another company, Demand Media, submitted the application for this new gTLD.

Donuts is quite a special case, since it holds an impressive record: they submitted a total of 307 applications to ICANN for new gTLDs. Donuts wanted to offer companies the opportunity to have a clearer identity on the Internet, so that users can deduce what sort of company they are dealing with from its domain name, which is impossible to do with neutral and meaningless extensions such as .com, .net or .biz. And it must be said that Donuts’s gamble seems to have paid off. For some of the new gTLDs they want to manage, the string may well be a little long, which reduces the chances of success. But, on the other hand, the clarity offered by the new gTLDs is a huge asset.

And that is definitely true for .DIAMONDS. Companies that register a domain name under this new gTLD are much easier to identify as businesses active in the diamond sector: diamond traders or resellers (selling both rough and cut gemstones), diamond cutters, manufacturers of tools for the diamond industry, companies that deliver certificates guaranteeing the authenticity and the clarity of diamonds, etc.

On 23 September, Donuts signed a Registry Agreement with ICANN, after their application went through Initial Evaluation, thereby meeting all the necessary requirements. On 19 November 2013, .DIAMONDS was introduced into the Root Zone of the DNS. And so, the Sunrise Period will start on 17 December 2013, and it will end on 13 February 2014. During this period, all the diamond companies have the opportunity to register their trademark in the new .DIAMONDS gTLD before the Landrush and the General Availability periods, where anyone will be allowed to register a .DIAMONDS domain name.

We’ll bet you that .DIAMONDS will be a new shining star in the new Internet space!