A Pan-European certification mark in the making 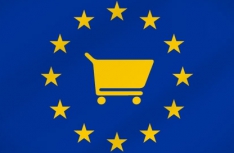 You are most probably sighing… There are so many certification marks already, so why create another one? Yes. Certification marks are indeed proliferating, but they usually “work” mostly locally, in their own country. Therefore, they are not very well-known outside national borders. They offer absolutely no guarantee to Internet users who wish to make a purchase online abroad.

A Pan-European certification mark could solve this problem. On the one hand because this certification mark would apply all over the European Union, and it would offer Internet users, no matter their country of origin, guarantees on the website they visit and the products they purchase on it.

But on the other hand, this uniform certification mark, which would apply in all the member states of the EU, could help create a uniform online market. At present, Internet users, and regrettably also web stores, are not aware of the rules that apply in other member states of the EU. The Pan-European certification mark could make these things clearer, because it would mean that the same standards apply to all the participating companies, in all countries.

The mastermind behind this certification mark is Ecommerce Europe, an organisation that was founded by major e-commerce associations in different countries, and that now represents over 5,000 European web merchants. The creation of this certification mark would benefit Internet users as well as web stores. Internet users would put their trust in the services provided by web merchants. And web merchants would in turn see their company develop and flourish thanks to this increased level of trust, which is eventually profitable for the entire European economy, and job creation.