24/7 Support: 0800-8-5678
HomeCombell blogNewsCombell newsArticle on Bloovi.be: The side of the Internet you had never seen before
Blog categories
Blog categories

Article on Bloovi.be: The side of the Internet you had never seen before 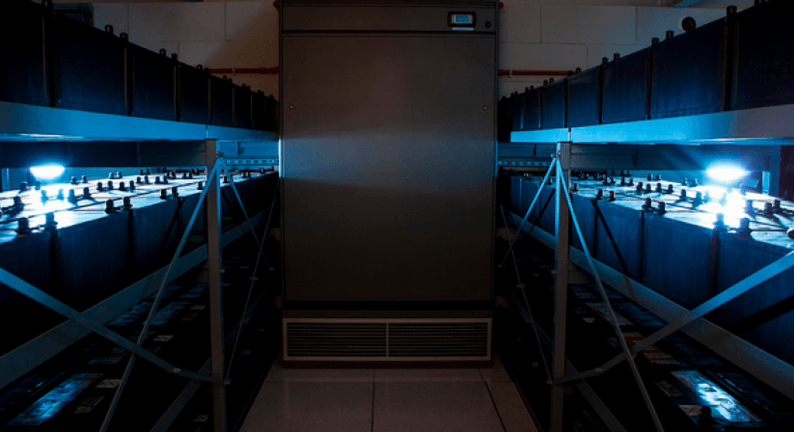 Bloovi paid a visit behind the scenes at Combell’s highly secure data centre in Zaventem. In order to guarantee the availability of the servers, nothing is left to chance. So, here is an overview of the noteworthy measures taken inside the centre:

“We guarantee our customers the highest possible availability. The choice of the right data centre is therefore crucial. The data centre indeed forms the basis of our services. “We at Combell resolutely go for quality; InterXion offers us 99.999% uptime guarantee”, says Combell Senior Key Account Manager Pieter Cantaert. “This means that our cloud infrastructure could suffer a power failure for only 26 seconds per month (or 5.26 minutes per year). Not that this has already happened before; this data centre is really constantly online”, adds Cantaert.

You must be wondering why a site could not be offline for just a few seconds… The answer is simple: some e-commerce sites often attract thousands of visitors and cannot afford to be offline, even for just a couple of seconds, because that might have serious consequences for their turnover.

“Actually, you should assume that there is always something that can go wrong. And limiting the risks determines the quality of the cloud that you use”, explains Pieter Cantaert.

Therefore, constantly making sure that such a data centre remains operational is quite an achievement, but most importantly, it is essential for Combell’s customers. This is why numerous measures have been taken, so that nothing is left to chance:

The data centre can withstand natural disasters, fire, lightning and unexpected power failures. There are only a few data centres that are as secure as that of Danish company InterXion, where most of Combell’s servers are located. From the moment that you ring the doorbell, you immediately understand that this is a one-of-a-kind data centre. Everything is behind locked doors, barbed wire keeps intruders away, and numerous security cameras constantly keep an eye on you. 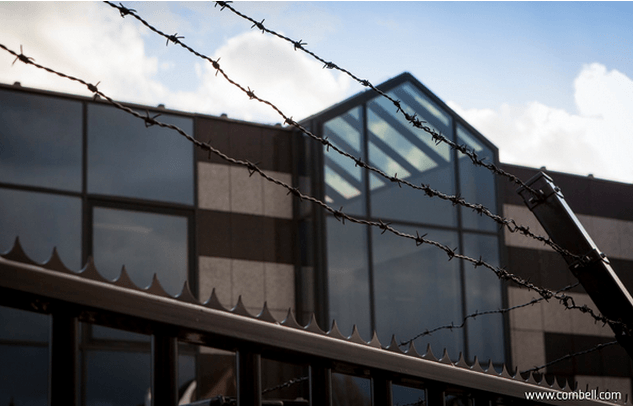 Visits are only possible by appointment, with a special pass. And the man-trap makes it impossible for unauthorised people to enter the centre unnoticed. “There are lots of data centres in our country, but only a few are as secure as this one”, claims Pieter Cantaert.

In the event of an unexpected power failure, the data centre can handle the problem without a single server going offline. For this, the data centre has multiple rooms full of batteries (this is called a UPS system – Ed.) All of these batteries can keep the data centre powered up for about ten minutes. All professional data centres have such a system.

What is remarkable is that InterXion has ten separate UPS systems, of which five are enough to power up the whole data centre for 10 minutes. 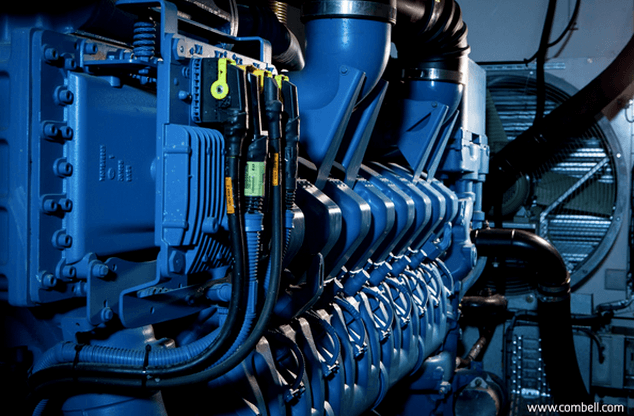 So, if one of the systems does not work correctly, other systems can take over. In total, 10 fully redundant systems are available. Each one of these systems can power up a part of the data centre. “By limiting the risks, InterXion can offer a 99.999% uptime guarantee”, says Cantaert. “In order to achieve this, you need to invest in making all single points of failures redundant, and you should also always keep Murphy’s law in mind”.

The data centre also has a huge reserve of diesel, which is stored on-site. A plan has also been drawn up to ensure constant diesel supply, so that everything can remain operational in the event of long-lasting blackouts.

The data centre also features an ingenious fire detection system, which is capable of detecting smoke particles very quickly. InterXion has 39 data centres in Europe, and fire safety in these centres is monitored very closely from different locations.

If a fire should break out, it would be put out in an inventive manner. Putting the fire out with water is obviously out of the question, since that would destroy all the servers. This is why the data centre had to come up with a smart idea, namely extinguishing the fire using Argonite. This gas is sprayed under high pressure in the server rooms, removing all the oxygen from the air in no time.

As a result, all the oxygen is removed from the rooms, and the fire cannot spread. Since no water is used, the servers are not damaged and stay online.

The data centre is also equipped with a double roof – yet another redundancy feature that helps prevent servers from being damaged should leakage occur during a storm. Below, you will find a picture of the red Argonite gas cylinders and the double roof structure. 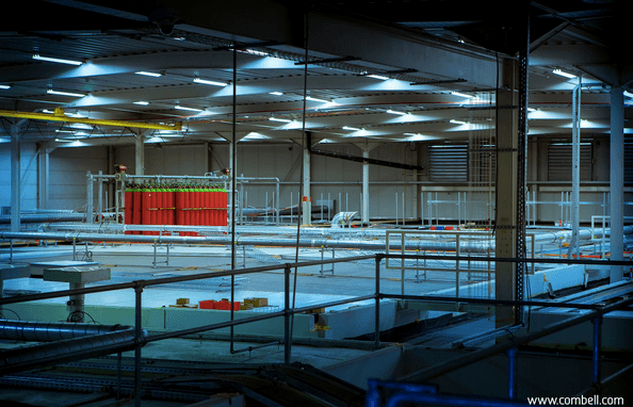 In addition to physical hazards like burglaries, a blackout, fire and natural disasters, a data centre is also often threatened via the Internet. Hackers regularly launch attacks on websites with the intention of taking them offline. These attacks, which are called DDoS attacks, are constantly countered by Combell.

“A DDoS attack can be compared with the traffic on a highway. Under normal circumstances, the road never gets congested. But a DDoS attack creates horrible traffic jams in no time”, explains Cantaert. “As a result, the website gets slow and can even be offline for a while.”

In order to prevent this from happening, Combell has up to 70 gigabits of available bandwidth in its data centre. “This is more than enough bandwidth to minimise the impact of DDoS attacks and keep our customers’ websites online”, says Pieter Cantaert. “Compare this with what would happen if the E40 Ghent-Brussels suddenly had eighty traffic lanes instead of three. The traffic issues would be instantly resolved”, jokes Cantaert. “Yet again, Combell has done its best to limit the risks, by having much more extra capacity available. To come back to my comparison, many other cloud providers have barely an E40 with two traffic lanes.”

“Combell has also agreements with local ISPs (Belgacom, etc.), which allow visitors to get the fastest possible access to the websites that are hosted in the data centre”, says Cantaert. “Since DDoS attacks are aimed at public lines, and not at direct lines, we can provide our customers with the fastest possible services, even when our network is under heavy attack from hackers.”

Once you have visited a data centre, you realise that your perception of “the cloud” does not really make sense. Once you have seen all the measures that take so many possible risks into account, you understand that your website’s availability is directly linked with the quality of the data centre and the network infrastructure of the hosting provider. In addition, the measures listed above are but the tip of the iceberg; many other redundancy measures are also taken at various other levels.

In short, if you need a website that is practically always online, this is the right place for you :)

Take a look inside our data centre in this video:

On-premise vs cloud servers: the advantages and disadvantages

A responsible business manager is not going to keep his capital in a box under his bed (hopefully). So why would you do the same with your servers?

Managed vs unmanaged cloud: what is the difference?

Even business-critical solutions are increasingly hosted in the cloud. Why are more and more companies making that choice?