Will SSL pages soon get a higher ranking on Google? 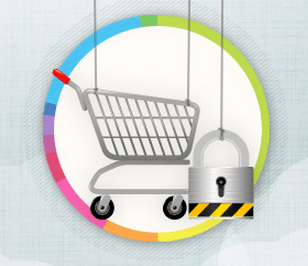 In an attempt to restore the trust in the Internet after the NSA ordeal, Google is hatching a plan to encourage websites to encrypt their content. According to some, encryption would lead to a higher ranking. Is this a hoax?

A good ranking in search engines (in other words, Google) can make or break a web service or website on the Internet. SEO or Search Engine Optimization, the optimisation of web pages in order to get the highest ranking possible in search engines, has therefore become an industry in itself. Wizards who have got the touch modify a bit here, add a couple of words there, arrange the length of articles, etc. to make genuine works of art!

Their great guru is Matt Cutts, who is the link between Google’s search team and website builders. One of his tasks is to rid the search engine of as much web spam as possible. Each session where he gives advice and explains new tweaks to search algorithms is followed breathlessly. Because Google’s ranking algorithm is extremely complex and there are many factors that can either penalise or reward a website.

When, during a recent conference but also during private conversations, Matt Cutts alluded to the fact that websites who encrypt their content can get a higher ranking in the search engine via SSL, people paid very close attention. Such an initiative would indeed be perfectly logical. After the recent revelations about American intelligence agency NSA spying practices, the public’s trust in the Internet suffered a great blow. Encrypting the content of websites, which would shield all the users from the prying eyes of NSA and Co, could restore that trust. Google itself has recently placed several of its services, among which Gmail and Search, behind an SSL wall.

According to observers, the fact that Google didn’t wish to confirm Cutts’ message in a first comment doesn’t detract from the soundness of Cutts’ statement. Quite the contrary: they think this denial is totally logical. It could indeed take some time before all the large websites have encrypted their content. And in the meantime, smaller sites could take advantage of this: their quick switch to encryption could confer their https pages an unearned advantage. The result of this being that Google’s search results would no longer be as accurate as before and that is the last thing the search giant wants!

Observers think that an intentional leak, like the one now disclosed by Matt Cutts, as well as a slow rollout of this policy is ideal. It would give large companies the time they need to prepare for the algorithm change. And even if Matt Cutts was wrong just this once, it wouldn’t be a disaster if more websites would switch to encryption. Eric Butler, maker of the Firefox extension Firesheep that allowed to spy on other users on unsecured pages, says it like this: “Every website should use encryption, everywhere, without any exception”.

How about you? How are your encryption plans coming along? Read more here on how you too can encrypt your content.