If there’s one thing that can be said about the forthcoming new gTLDs, it is that they will bring a radical change in the online space. This is why, on Thursday 26 September 2013, we organised a conference titled “The new TLD (r)Evolution” at the VBO in Brussels. 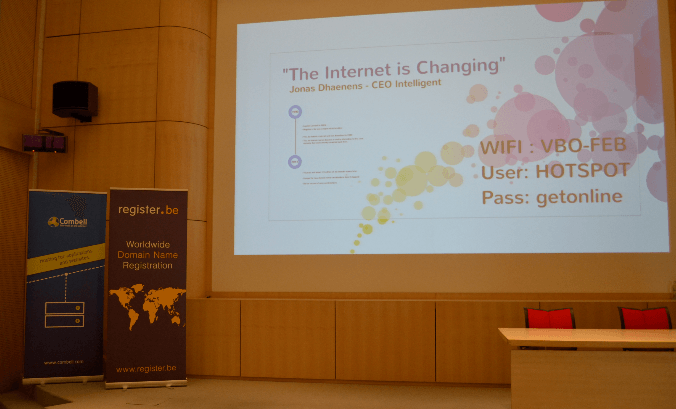 In this video you can get a taste of the atmosphere. In addition, all talks were recorded and are available online on this link.

Below, you will find an extensive report. Feel free to visit our website for further information on the basics of the new domain extensions.

The need for a strategy 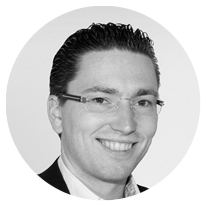 Jonas Dhaenens, CEO of Intelligent, the company that owns Combell and Register.be, both hosting specialists, opened the debates. He briefly talked about how in 1999, when Combell was founded, the registration of a .be domain name was still mainly a procedure involving large amounts of paperwork. However, the Internet evolved, and the registration process became open to the public and automated in 2000. In the meantime, there are 1.5 million .be domain names, and good domain combinations are rare in this ccTLD too. Fortunately, in the future, there will be hundreds of new TLDs that will significantly increase the opportunities to find an attractive domain name.

At the same time, domain names also became subject to Intellectual Property rights, which means they need to be protected, just as registered trademarks. Jonas therefore stressed the need for companies to think about their strategy: will they register their domain name in each new TLD or not? And how can the brand new Trademark ClearingHouse play a role in this context?

Why this decision to make the registration of gTLDs open to the public? 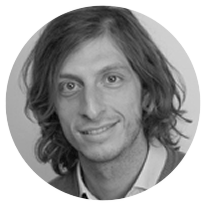 Afterwards, Andrea Becalli, Stakeholder Engagement Manager at ICANN, the organisation that supervises the root servers of the Internet, offered some explanations about domain names in general, the difference between a gTLD and a ccTLD, and what IDNs actually are. He gave accurate details about why making domain names available to everyone was a real necessity. For starters, ICANN wanted to lift the restrictions on ASCII gTLDs. A Chinese could e.g. type the string of a domain name in Chinese with its Chinese keyboard, but the suffix of the domain extension still had to be in ASCII. Internationalized Domain Names or non-ASCII domain names should fix this problem.

In addition, ICANN wanted to create a platform for innovation in the industry and the Internet, which would open the door to more choices and competition in an open market. Until now, gTLDs have been put in the hands of a few companies, such as VeriSign. They were free to determine their conditions, and set their prices. By giving everyone the opportunity to become Registry of a new gTLD, this market would be open to a wider range of people. Moreover, some sectors of the industry can create their own gTLD and decide who is allowed to register a domain in order to protect the gTLD, as it is the case with .bank or .law. In short, the new gTLDs offer many opportunities.

Andrea stressed the long preparation that was needed before making the Top-Level Domains open to the public. Besides, two programs are currently being conducted simultaneously: on the one hand, we will switch from the current 22 gTLDs to the new gTLDs, and on the other hand, there’s the fast track program, which will allow to also display ccTLDs in non-ASCII script.

Things have not been done too quickly. From 2005 to 2007, the organisation examined the idea of making domain names available to the public. In June 2008, the ICANN Board approved this idea. After that, rules were developed for claiming and managing a new gTLD, which led to the creation of the “Applicant Guidebook”. From January to May 2012, companies had the opportunity to submit their applications, which amounted to 1930. In the meantime, these applications have almost all been evaluated during the Initial Evaluation, and the first new gTLDs will soon be implemented in the Internet Root Zone.

During the preparation stage, dispute resolution procedures also had to be considered, as well as measures to protect the rights of trademark owners. This is why the Trademark Clearinghouse (TMCH) database and the Uniform Rapid Suspension (URS) procedure were created. These are described further below.

Meanwhile, all 1,930 domain applications have been examined during the Initial Evaluation stage; 1,700 of them have been approved, 121 have been withdrawn, and 32 have gone into Extended Evaluation. 82 applications for gTLDs are community-based, which means that they have no commercial purpose and that they represent a community, and so their operators do not need to pay the initial fee of 185,000 USD to ICANN. Finally, 111 new gTLDs are IDNs. The next step (signing contracts with ICANN for the management of the gTLDs) has started, just as the pre-delegation testing period. If everything goes according to plan, the first new gTLDs will go live early next year.

The rights of trademark owners are protected 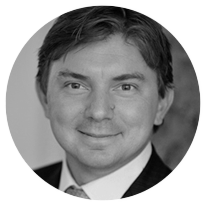 Bart Lieben is a lawyer specialising in Intellectual Property (IP), Technology, Media and Telecoms. He stressed the need for a clever strategy, now that so many new gTLDs will be available. Companies should not really worry about abuse at the top level—the gTLD itself. Domain squatters and malicious people will not easily submit an application for a trademark as a new gTLD. After all, the cybersquatter would be forced to invest at least $185,000 to be allowed to use the domain. At the second level, the actual domain, the trademark owner will have to decide which new gTLDs are important to him, because he will not be able to take preventive measures and register his trademark in every new gTLD. The reason is quite obvious: out of the 1,500 new gTLDs, 1,000 will be open to the public, and registering a name in each one of them would be too expensive, year after year (at least $100,000 per trademark, not counting all the possible variations).

ICANN introduced new measures to prevent registration by malicious third parties, as well as remedial procedures, should this happen anyway. There is the protection of the trademark in advance, during the Sunrise period, to which the Trademark Clearinghouse has now been implemented. You will find out more about this below.

Moreover, an alternative procedure has been designed to solve any problem after the registration process. In the past, most of these disputes were handled by the WIPO (World Intellectual Property Organisation), but that procedure is quite long and expensive. In addition, it appeared that out of the 43,000 cases that were handled in the past 10 years, only 15% won the case against the “wrong” registrant.

The Uniform Rapid Suspension System has been designed to help trademark owners save on these costs: it makes it possible to suspend the domain name for which the trademark owner can prove that it was registered “wrongly” by a third party. And this makes a huge difference with the Uniform Dispute Resolution Procedure used by WIPO, where the domain name is transferred to the legitimate owner (the trademark owner). So, this solution is a little less interesting, but it’s definitely cheaper, and it works. A PDDRP procedure (Post-Delegation Dispute Resolution Procedure) has also been created, allowing the trademark owner to get directly in touch with the Registry for complaints, instead of having to contact the domain owner. What is more, every Registry has been required to provide a Complaints Point of Contact, where trademark owners can submit their complaints directly. This too offers the trademark owner better protection, because a Registry needs to make sure to handle complaints properly if it wants to keep the right to manage its gTLD. 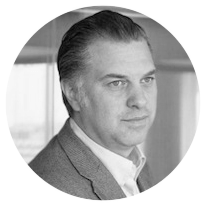 ICANN designed another important protection system, and Jan Corstens, partner at Deloitte, provided some explanations about it. In a nutshell, the TMCH is a centralised database that contains verified trademarks. And you can be chauvinist about this TMCH, because the front-end (where trademarks are submitted) was developed by Deloitte, while the back-end (the database where the action takes place) was developed by IBM Belgium.

The TMCH provides several services. Once you have recorded your trademark and paid the annual fee, the trademark is automatically submitted with every new gTLD sunrise period (the period before the gTLD is open to the public), instead of having to perform this action by yourself for each gTLD. Imagine how much work you would have to put in with these new gTLDs, which will go live at a rate of 2 per day…

Then, there is the trademark claims services: the TMCH will warn a registrant who attempts to register a string in a certain gTLD that matches your trademark or the corresponding label that was accepted in the TMCH database. Obviously, that registrant is free to ignore that warning, and to proceed with registration. In that case, the legitimate trademark owner is notified about this violation, so that he can take the necessary steps to enforce his rights.

In order to be allowed to use the services of the TMCH, it is possible to contact the TMCH directly, even if submitting the required documents and filing the application requires quite a lot of paperwork. This is why it is recommended to turn to an official TMCH agent. There are two official agents in Belgium, of which one is Register.be. Currently, 11,500 trademarks have already been recorded in the TMCH database, representing 21,000 labels, most of them originating from the Western world. 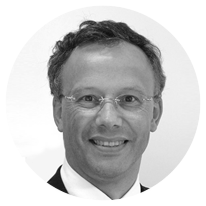 In conclusion, Marc Messely, Group Manager Industrial Property at Bekaert, talked about his experience with domains and Intellectual Property and stressed the importance of having a domain policy. The Belgian company Bekaert is famous in the whole world for its wire rope products. It has 303 trademarks, including DRAMIX fibres. For these brands, 2,463 domains have been registered worldwide.

According to Marc, in the early years of the Internet, Bekaert had no centralised policy. What department was in charge of taking decisions? IT? IP? Communication? Legal? Marketing? The company had a huge list of domains around the globe, but its property was not centralised at all, and if you asked Bekaert to print a list of all these domains, they just couldn’t do it.

In 2008, a domain policy was implemented: its management was centralised, just as the property rights, and the registration of domains had to follow the policy adopted by the brand and the trademark. Bekaert.com is the central website, and all other domains redirect users to this site. So far, three of its registered trademarks have been recorded in the TMCH, and the company made use of the services offered by TMCH agent Register.be.

And that is the important conclusion that can be drawn from this conference: with the forthcoming new gTLDs, we are suddenly switching from 22 generic Top-Level Domains to more than 1,000 gTLDs that anyone will be free to register. It is the companies’ task to develop a consistent domain policy and to determine which gTLDs are profitable for them or not. Or, to quote Marc: the Must Have, the Nice to Have, and the Garbage... 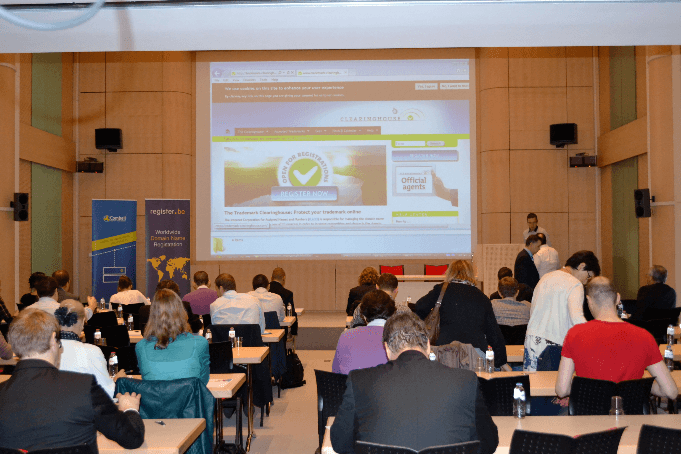 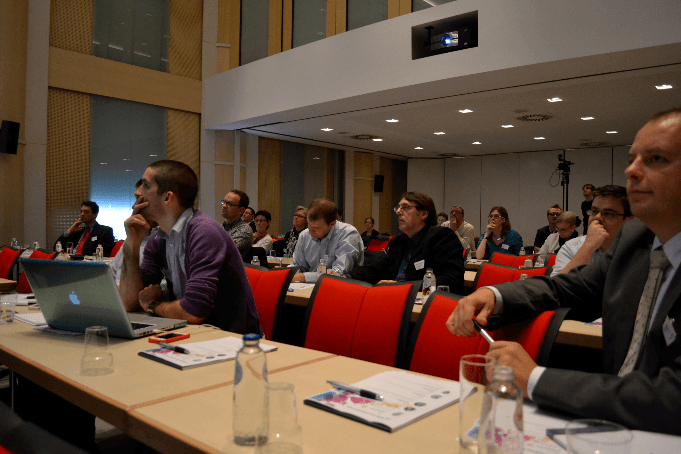 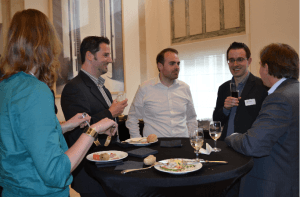 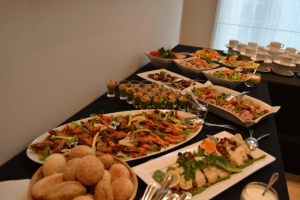