The .gent domain extension will see the light of day in 2014 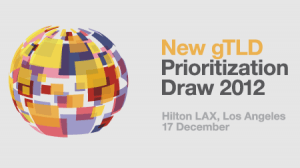 Combell will soon be in charge of the management of the .gent domain extension, with the support of the city of Ghent. This means that domain names such as www.gravensteen.gent, www.toerisme.gent and jan@vreewijs.gent will finally be available for registration. ICANN held a prioritization draw, through which it was decided that the .gent domain extension will see the light of day in the first quarter of 2014. Thus, it will most probably be the first new Belgian gTLD.

On Monday 17 December, ICANN (Internet Corporation for Assigned Names and Numbers) organised a prioritization draw in Los Angeles. Each applicant for a domain extension had the possibility to participate in the draw, the purpose of which was to assign priority numbers to all new gTLD applications. All IDN domain extensions (extensions containing irregular characters) were prioritized. There were 1917 participants and fate decided that .gent would rank 1021st. Concretely, this means that, according to the current plans, the first .gent domain names will be available for registration as of the first quarter of 2014.

Priority numbers for other domain extensions are now clear too:

"Now that a concrete start date has been set, we will soon launch our campaign to make people, organisations and companies in the area of Ghent discover .gent", says Combell’s CEO Jonas Dhaenens. "In the meantime, many citizens of Ghent already showed interest in claiming their .gent domain name. We are really looking forward to get the ball rolling."

160 Combell collaborators made sure you could enjoy smooth running services, every day. We look back with pleasure on 2021.

At Combell, we are committed to data security. That is why we are very proud of our brand new ISO 27701 certificate!

What does a Customer Success Manager do? “We are the glue between Combell and its customers!”