The end-of-year festive season will be hot! 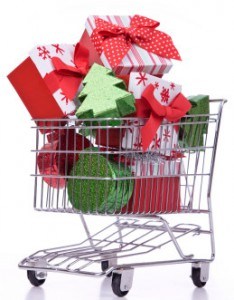 Web stores will be hot – and that has nothing to do with climate change, or even with possible bonfires started by strikers in front of their virtual doors. No. According to expectations, web stores will welcome large virtual crowds in the end-of-year festive seasons. Here are some forecasts.

As reported by a survey conducted by BeCommerce, online stores will have to endure a huge rush during the holidays. Indeed, they have high expectations for end-of-year sales, which should achieve 276 million euros according to the numbers released by BeCommerce. This would turn this period into an even larger part of the year’s turnover – now reaching 12.54%. By way of comparison: for the end of year in 2013, web stores were expecting a turnover of 206 million euros, which represented 10.83% of total sales for that year.

According to the experience of the web stores, the articles bought mainly via Internet are still fashion articles and accessories (62.5%), cosmetics and beauty products (30%), kitchen accessories (25%), decoration articles (20%) and multimedia and electronics (15%). The hungry are also taken into account with food products (12.5%), but Internet users also find means to relax: books, magazines, CDs, DVDs and Blu-rays (10%).

Apparently, Internet users continue to prefer online shopping because they can access the store even outside of normal opening hours (88%), because a good web store is never closed! Other reasons given: because it’s easier to shop (63%) and because one can avoid shopping stress (56%). The larger product range (50%), the time saved (45%) and the fact that one can avoid busy shopping centres (38%) also play a role.

Great expectations for the web stores, but we can still do better. Belgium is still lagging behind with respect to neighbouring countries where e-commerce is concerned. That is why several initiatives have recently been deployed. Belgium’s Federal Public Service Economy has uploaded a few videos where you can find humorous tips on safe online shopping. And BeCommerce also launched a campaign to rebuild the trust of Internet users in e-commerce, by bringing further attention to the BeCommerce quality label.

What about you? Are you prepared for a digital rush to your web store? We wish you the best sales! Ho, ho, hooooo!