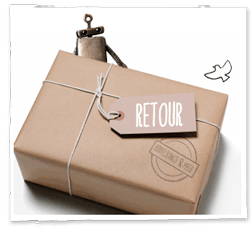 As of June 2014, a new EU regulation will give web merchants the right to charge a fee for returning goods for all purchases above 40 euros. This comes as a great relief for web store owners, but will they in fact take advantage of this opportunity?

The evidence suggests that the Internet taught users “bad habits”… And we are not talking about illegal downloading; we are talking about business models. Users have e.g. been taught that the news on the Internet must be free. They have no problem with laying out a few euros on the newspaper they buy every morning from a newsagent, but it seems that they are not very keen to spend money on online news. To the great dismay of publishers, which see both newspaper circulation and advertising budgets decline, to such an extent that they are forced to merge, in order to save money, join their editorial teams and try to keep their business afloat.

Users were also taught bad habits when it comes to online shopping. To encourage them to purchase more products online instead of buying them in brick-and-mortar stores, merchants started offering free returns. However, this services is now increasingly weighing on web stores: a recent study by PricewaterhouseCoopers (PwC) shows that one in three Internet shoppers places an order online even when he/she already knows that chances are high that he/she will return the article. Statistics on this are really shocking: according to a study by the University of Bamberg, about 250 million parcels have already been returned. Each of these returns can cost merchants up to 17 euros. The percentage of returned goods varies with the sort of article: clothes and shoes are returned three times more than pieces of furniture and gifts, which people do not return very often. This doesn’t come as a surprise: everyone is familiar with the infamous “Zalando Parties”, for which users order all sorts of goods that they show to their male and/or female friends during homemade fashion shows, and then return everything they didn’t like.

However, changes will be coming soon, in principle at least. In June 2014, a new European law will enter into force, allowing merchants to charge a return fee for purchases above 40 euros.

Today, no one knows if web stores will in fact take advantage of this opportunity. According to the study conducted by PwC, half the respondents indicated that they would purchase fewer articles online (and more in brick-and-mortal stores) if online shops started charging return fees. It would also push more customers into the arms of large web stores. Because not only do larger stores charge smaller return fees (between 2 and 3 euros per parcel), but when these web shops also own brick-and-mortal stores, customers can just go there and return the goods for free.

That being said, web store owners should not see a bleak future ahead, because they can help reverse the current trend. In addition to advanced personalisation (e.g. by remembering the customers’ exact body measurements), it is highly recommended to provide customers with more detailed information on the products as well as a clearer presentation of these products in their virtual storefront. Most wrong purchases and the costs incurred for their return are caused by the customers’ uncertainty. So, clear information about the products should definitely work wonders...

As a partner, do you already use the Combell API to automate the management of your hosting environment? In that case, we have some good news for you: we recently...