E-commerce in Belgium: for both young and old 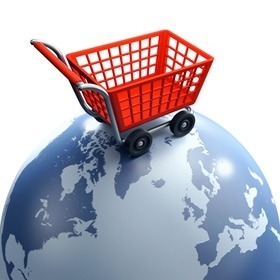 The emergence of the Far East with the B2B trading platform Alibaba, the strong growth of online commerce in perfumery and gift items/flowers, and the limited number of people who surf the Internet using a mobile device: these are some of the surprising results of a recent study conducted by comScore.

A view of the world: a particularly young public in the Asia-Pacific region

Things change. Recent results reported by Internet analytics company comScore indeed show that much has changed on the Web. First of all, the US are no longer the centre of the Internet. In 1996, Internet users still included 66% of Americans and only 34% of people from the rest of the world. In 2012, however, the situation was reversed: 86% came from outside the US and only 14% from the US. The largest group of Internet users now comes from the Asia-Pacific region (42%), followed by Europe (27%), Latin America (8%) and the Middle East and Africa (9%).

Europe: Belgium has the largest number of Internet users aged 45 or over

If we analyse online traffic in Europe taking the different sectors in account, the results show that clothing, interior design and electronics are the best performers in terms of the number of visitors, while comparison shopping sites and computer hardware declined. As regards the sites themselves, the largest newcomer is Alibaba.com, which is a sort of Chinese eBay. It is 5th in the global ranking, after eBay, Amazon, Apple and Otto Gruppe, but it increased by an impressive 145%. Ikea and Zalando are quite a success too: they increased by 23.5 and 39.6%.

How old is the Belgian surfer? Since December 2011, the number of Internet users in our country has been increasing by 7%; in 2013, these people also spent an average of 2 additional hours online compared to December 2012. Here too is the group of “older” users (45 or over) very important: they represented 41.8% of the time spent online in Belgium, compared to a European average of 34.8%. Only Germany has an older Internet public (43.7%). At the same time, the group of Internet users aged 15-24 in our country is also quite important: they represent 18.7% of the minutes spent online – the highest score in Europe.

How does the Belgian Internet user surf? Apparently still using his computer: 91.9%, compared to 3.4% who surf using a mobile device (smartphone), whereas in the UK, mobile devices are used by 24% of users! The Netherlands, which are usually a very advanced country, does not perform much better: 5.2%. As for tablets, they are pretty successful both in Belgium and the Netherlands (respectively 8.1% and 4.3%). The Netherlands are even the “tablet champions” of Europe.

What does the Belgian Internet user buy? Clothes are still the best-sellers and their sales continued to grow this year (+8%); followed by electronics, which seem, however, to stagnate a little bit (+2%). Flowers and gift items, as well as perfumery products are quite far behind, but showed the strongest growth. (respectively +44% and +35%)

When does the Belgian Internet user surf and with what device? Apparently, we all take our mobile phones into our bed: between midnight and 7 AM, we surf the Web with our mobile phone. From 7 AM to 5 PM, we use our PC (laptop/desktop). But from 5 PM, we start using our tablets, which we use mainly between 8 PM and 10 PM.

What can you learn from this? That it would not be such a bad idea to focus on a slightly older public, which is in any case wealthier. And that a website that is adapted to the different sorts of devices available (computer, smartphone and tablet) is an absolute must.