Drupal 8: better for both developers and users

Version 8.0 of the content management system Drupal will be released in a few weeks. What are the main new features that make the upgrade worthwhile? How does the upgrade process work? And is it something you should consider? Here is an overview… 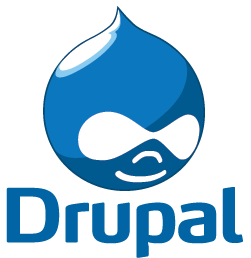 Belgian Dries Buytaert originally developed Drupal as a bulletin board system. At that point, he could not have imagined that it would eventually develop into a content management system that is currently used on 2.1% of all websites worldwide, by companies, politicians and public authorities. Here is a fun fact about it: the name Drupal actually derives from a typo. In fact, Buytaert initially intended to register the website dorp.org for his BBS, but he made a typo and registered drop.org instead. The Dutch word “Druppel” (which later became Drupal) means “drop”.

The PHP based content management framework currently offers version 7. And, as Buytaert himself wrote on his blog, it had some fairly big limitations. There was an incomplete Entity API, a lack of separation between content and configuration, a lack of separation between logic and presentation in the theme layer, etc. Moreover, version 7 was absolutely not adapted to the new reality of mobile browsing. This is why it took two and a half years to come up with a new version. Over 2,700 people have contributed to Drupal 8, which is due to be released sometime in the next few weeks. What can you expect from Drupal 8.0?

Find out more about this subject: check out the complete list of changes in Drupal 8 or watch the video in which Angela Brown extensively discusses all the new features of Drupal 8.

How should you upgrade?

First of all, you should know that there no longer is an upgrade path. You first need to build your Drupal 8 site, as a new site, and then migrate your content and users via a migration script, which is a major advantage, because it allows you to upgrade without having to take your website offline!

But be careful: if you customised your Drupal code, you will have to port it yourself for use with version 8. So you should always use commonly used contrib modules, because chances are that they will be ported quickly by the community.

Upgrading: is it something you should consider?

And what if you cannot/do not want to upgrade?

If, for some reasons, you cannot upgrade, or if you prefer to wait for a few months, this is no reason not to enjoy some handy improvements of Drupal 8. Just use a Drupal 7 Contrib equivalent:

When can you expect Drupal 8.0 to be released?

No exact date has been announced, but this version will probably be released in a few weeks. Drupal 8.0.0 will be released as soon as all critical bugs that are still present at the level of performance, security and Views will be fixed. In April 2015, there were still 54 of them, of which 12 made it impossible to upgrade from one beta version to another. You had to rebuild your entire website every time. Today, there are still 11 issues to be fixed.

And what will the future hold?

6 months after the launch of Drupal 8.0.0, Drupal 6 support will end. New features for Drupal 8 will be released every 6 months. These will be backward compatible and easy to recognise thanks to the version numbers (Drupal 8.1.x, Drupal 8.2.x...)

Drupal 9 will only be released when presented improvements can no longer be based on the core of Drupal 8. You can follow the latest developments on the Drupal website.

Combell will also upgrade its Drupal hosting in due time.

Discover the Drupal hosting of Combell

With this article, you are now informed about the main changes. In consultation with our collaborators, you can decide if you want to upgrade, and if so, when you want to migrate. In case of doubt, please contact our helpdesk!

Wix, SquareSpace, Combell SiteBuilder or WordPress: what will you choose to build your website?

For many years, WordPress has unquestionably been the most popular CMS for building a website. Today, however, website builders such as Wix and SquareSpace have made great progress. And with...

What CMS should I use for a web store?

In a previous article, we told you which of the three CMSs (Drupal, Joomla and WordPress) you should choose for your content-based website. There are, however, also specific Content Management...

Which CMS should you choose for your website: WordPress, Joomla or Drupal?

When you want to build a website, one of the trickiest decisions is: which Content Management System should I choose? WordPress, Joomla and Drupal are the most popular open source...