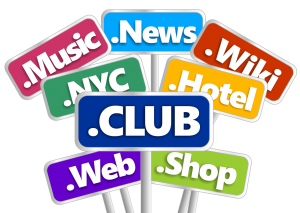 New domains are doing really well. Here are a few facts and figures to prove that launching new domain extensions was a very good idea indeed!

In the US, in order to raise awareness among the public at large of the new domain extensions, a few big showbiz stars have associated their name with various new gTLDs. Rapper 50 Cent, for instance, launched his new website on a .club domain (50inda.club) and honoured the launch party for the .club domain, which was held in May this year, with his presence. As for the busty country singer Dolly Parton, she associated her name with the .country extension, and registered dolly.country, 9to5.country, dollywood.country, and queenof.country. She belongs to the so-called “country pioneers”, who had the opportunity to choose .country domain names long before the public release, in exchange of the right to use their name in the marketing campaigns for these domains.

The new domain extensions also seem to be fertile soil for new business ideas, and some businessmen are prepared to spend whatever it takes for a domain name that sounds pleasant with such an extension. Businessman Bill McClure e.g. paid $100,000 to the registry of the .club gTLD for the domain name coffee.club. McClure already owned coffee.org, but he found the domain name coffee.club more suitable for the development of his coffee subscription service.