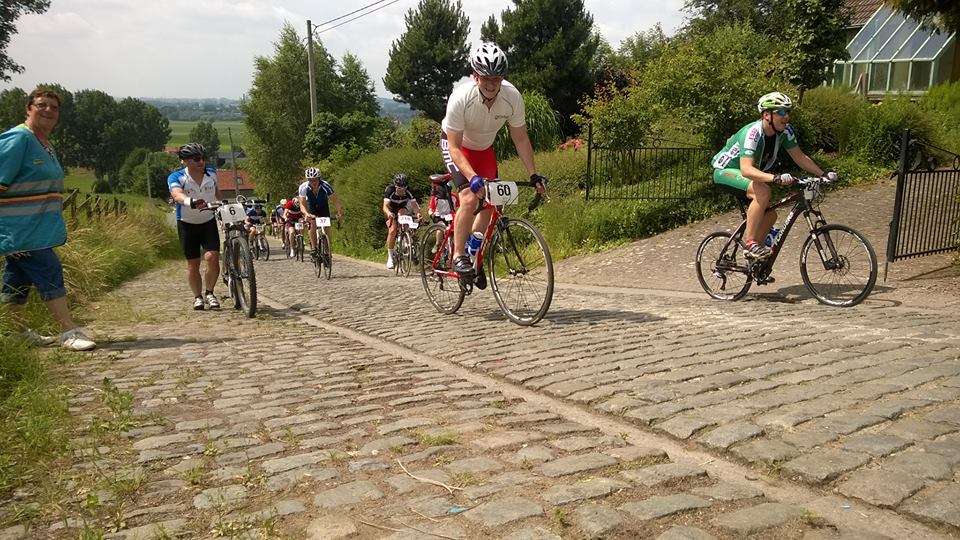 For the fourth year in a row, the NGO Close The Gap and DNS Belgium co-organised 'Bike to Close the Gap', a sporting event where companies can meet for both a team building session and a fundraiser for charity. The money raised from the event is indeed donated to PC Solidarity, an initiative whose mission is to close the gap, but not so much between rich and poor as between those who have and those who don’t have access to a computer, and who are able to use it for work or not. As a matter of fact, those who do not own a computer or who have no computer skills whatsoever miss many opportunities on the labour market. PC Solidarity wants to make the difference.

Concretely, Bike to Close the Gap is an event where sporty employees of the sponsoring companies get on their bicycles to brave the feared Paterberg in Kluisbergen – on their bike or pushing it along the road when things become too hard. The Paterberg is indeed a big challenge, with its altitude of 48 meters and an average gradient of no less than 12.5%!

This year, on 19 June 2014, a total of 300 participants from dozens of different companies stood on the starting line. Among them were also Combell team members Simon Verdonck and Maarten Steenhuyse and Combell customer Alain De Ruyck. They succeeded in completing respectively 14, 8 and 24 laps of this extremely difficult course. Here you can see the complete results of all the participants.

The winner was Nick Van den Heuvel, who completed 31 laps, although the real winner was actually PC Solidarity, to which the organisers of the event were able to hand a cheque for €85,000, raised by the sponsors.