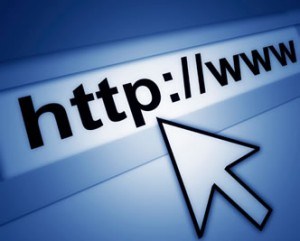 If you get a phone call from someone who tries to sell you a .com or .eu variation of the domain that you have registered in the .nl or .be ccTLD, think twice before you accept this sort of proposal!

Several concerned customers got in touch with us because they had received a phone call from a trademark and domain registration office from Amsterdam. The caller had (allegedly) received a request to register the .com or .eu variation of the domain name that the customer had registered in the .nl or .be TLD. The operator then continued saying that the company from Amsterdam had blocked this request, and that it wanted to give the customer the opportunity to register this variation of his domain name before the others. But the customer would then have to register the domain for 10 years, and pay out 300 euros straight away.

Since in most cases the caller refused to send documentation or proposals via e-mail, many of our customers did not fall into the trap. As a precaution, they got in touch with us to check what was going on – a smart move, because we can only confirm that this is in fact quite a sneaky sales technique. Upon examination, it appears that these variations are still available. Moreover, if you want to register this variation yourself, you should know that most regular registrars are much cheaper!

Several companies adopt these somewhat unscrupulous practices. Some messages mention merkendomeinregistratie.nl; others refer to ipmd.nl (IP Merk en Domeinregistratie). The fact alone that this last domain name has been registered, but that no real website is hosted on it is the ultimate proof that something is not right. A domain registrar that has not its own website and whose domain is a placeholder that refers to the registrar should tip you off immediately!

These aggressive sales techniques have been used for years. In 2008, the Dutch website Emerce already warned Internet users against such scams. In those days, the company EU Webdomains initiated a campaign whose aim was to approach 42,000 Dutch companies in just a few months. This year, with IPMD, scams are on the rise again. Both SIDN.nl, the Dutch foundation that acts as the registry of the .NL country-code Top-Level Domain – the equivalent of DNS.be in Belgium – and Radar, the Dutch consumer’s right programme broadcasted by Avro and Tros, warned Internet users against such techniques.

You have now been warned. If you receive such a phone call, do not accept your caller’s offer. For the registration of your domain names, you should only rely on authorised registrars, which have a transparent website, like Combell. After all, you also buy your bread from the bakery, where you can see it, not from a teleseller you never heard of before, who asks you to prepay for 10 years of bread, right?