24/7 Support: 0800-8-5678
HomeCombell blogNewsSector newsAmazon may well have its .buy, but .amazon is probably not in the cards…
Blog categories
Blog categories

Amazon may well have its .buy, but .amazon is probably not in the cards… 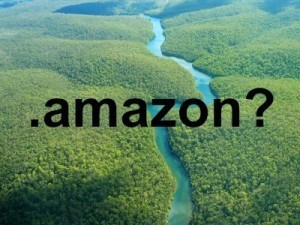 Tough luck for Amazon: it will probably not get to be the operator of the new .amazon gTLD. There is one comfort though: it is not the only company that has failed in making a gTLD out of its brand name. What is even worse is that even for the management of the freshly acquired .buy gTLD, Amazon will not have free rein either...

In a previous article, you could read that Amazon acquired the .buy gTLD after paying 4.6 million dollars during an auction organised by ICANN. In doing this, it beat Google, which had also set its sights on this very interesting Top Level Domain.

Google may well have missed .buy, but there is enough reason for it to chuckle. Like many large companies, Google has indeed been able to acquire its brand name as a gTLD (.google). Amazon, however, had its plans to do the same tumble down like a house of cards. Because, even if most people do associate the word “Amazon” with the large American company that manufactures Kindles and sells all sorts of articles like books, movies, music, etc. on the Internet, there is nevertheless the other Amazon: the river that runs through the South-American rainforest known as the Amazon area.

When Amazon applied for the gTLD Amazon as a brand name, it received a GAC Early Warning – this is a warning from the ICANN Governmental Advisory Committee. In May of this year, ICANN’s New gTLD Program Committee definitively rejected Amazon’s request to obtain the right to manage .amazon and its equivalents in Japanese and Chinese characters as a brand gTLD. Amazon still has the option to lodge an appeal, but in light of the unambiguous rulings in previous procedures, chances are slim that it will win this appeal.

So, it looks like Amazon will have to manage in the future without its own gTLD – unlike Google, which was clever enough to pick an original, previously inexistent word as a company name. Even though in the meantime, the word “Google” has become a verb that means “to quickly look something up on the Internet”, it is still an original brand name as well.

Amazon has but one comfort: it is not the only brand that is unable to use its brand name for its own gTLD. The online retailer Patagonia has bitten the dust for the same reason: there already is a region with that same name in Argentina.

Restrictions apply to the .buy gTLD as well

This is a tough break for Amazon, which will have to soldier on with a. com domain name. The company had one alternative left: to acquire the .buy domain name, which would then become the one-stop destination for all possible things sold on the Internet by Amazon. But alas, that plan too was thwarted for Amazon. All applications submitted by companies that wanted to create a gTLD with a generic word like .buy, .app or .music for internal use indeed received a GAC early warning in reply. With the exception of certain regulated professions (.lawyer, .doctor, .bank), the operator of a generic string will have to make it available for domain registration by third parties, said ICANN. Amazon’s strategy to keep the entire .buy gTLD for itself was therefore blocked.

Obviously, Amazon has other ways to circumvent this rule. It could for instance apply domain rates so high for external registrants, that it would no longer be lucrative to register an expensive .buy domain. Many observers are thus craning their necks to get a glance of Amazon’s pricing policy for its .buy.

And what of Apple?

Those same analysts are also keeping a very close eye on the Apple application, by the way. The tech mogul from Cupertino indeed also applied for its own brand name as a gTLD. Will ICANN decide in this case that the apple sellers and growers will be put at a disadvantage if the magnate gets to exploit the .apple gTLD? And what of the other Apple brand – the one related to Abbey Road and the Beatles? When Apple just started, there was no friction between the homonymous brands, because one focused on music, while the other focused on technology. This has long since changed however for the company from Cupertino. Apple indeed has dug into the music business with gusto – e.g. with iTunes, but also (and more recently) with its acquisition of Beats Music. Oddly enough, the Apple related to Abbey Road has not submitted an application for the .apple gTLD. So, it seems that the coast will be clear for the tech giant from Cupertino…

In a word, creating the new gTLDs is not a simple issue, as you will undoubtedly understand. Just take a look at the list of Objections published by ICANN, and you will see that many files are still in progress. Luckily, you can count on us for the latest news and insider information on this huge revolution for the Internet. Also, do not forget to regularly check out our special gTLD section, where you can keep up to date with the new gTLDs that will open up for registration!

Registering your domain name with Combell? These are all the benefits!

Your domain name is the first step to a thriving business. It is crucial that you choose a reliable partner to register your domain name.