Group that controls Combell to join forces with TransIP to form team.blue 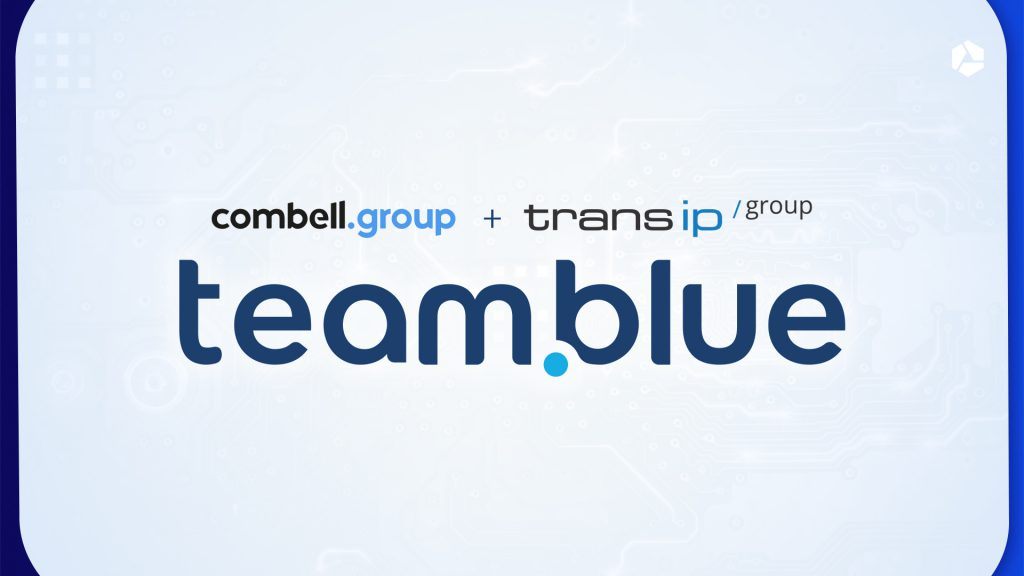 Today, Combell Group (i.e. the group that controls Combell) is taking a major step in its growth strategy. It is today announcing that it is merging with Dutch TransIP Group, one of the largest hosting providers in the Netherlands. Together with them, we now form team.blue, a new, strong group in the European tech scene!

In recent years, both Combell and TransIP have grown organically, but also by investing in similar companies in order to make their product ranges even more complete. In 2017, Combell made a quantum leap by joining forces with Zitcom, a hosting group based in Denmark. This helped us achieve leading positions in Belgium, the Netherlands, Denmark and Sweden. In the Netherlands, TransIP transformed the sector with its very popular BladeVPS platform. TransIP also significantly expanded its activities in 2018 after acquiring IT-Ernity, a group comprising some of the greatest IT brands in the Netherlands.

But do not worry: Combell will continue to exist as a leading brand and the merger will have no effect in the short term, but it does represent an exceptional opportunity to expand our own product range with new expertise and products from across national borders. The group's ambition to invest in knowledge sharing and innovation is huge, and we are very much looking forward to that!

Jonas Dhaenens, the founder of Combell, remains CEO of Combell but also becomes CEO of the new team.blue group.

team.blue's goal is simple – to be best-in-class. We can deliver on that promise through our constant and consistent innovation, bringing together some of the most experienced people in the industry. Our aim is to be a true tech partner and a digital enabler for businesses (Jonas Dhaenens, founder of Combell and CEO of team.blue)

And of course, we are also delighted to welcome our new Dutch colleagues to the group :-)