Google’s abc.xyz draws quite a bit of attention to the new domain extensions

Can’t you get hold of the .com domain that is perfect for your new project? In that case, you should register a domain name with one of the new domain extensions, and thereby show how creative you are. Google already did it, with abc.xyz!

When you pick a name for your company, you should make sure that the matching domain name is still available… and also that you do not violate any copyright with that name, because trademark infringement may cost you a lot of money.

Fortunately, many alternatives are now available. And they can be very interesting, provided you are creative enough. Google already proved this when, early this week, the company surprised the entire world when it announced its reorganisation. From now on, several divisions will be more autonomous (like the search engine, Maps and the Android OS), with their own CEO, and the umbrella corporation has been named “Alphabet”. However, the domain name Alphabet.com was already taken – it is property of BMW, which provides its fleet services via this domain. And BMW quickly made it clear that they had no intention of selling that domain name.

Consequently, Google came up with a very creative solution. When your company is called Alphabet, is there a better domain name than abc.xyz to let users know that you provide a lot of services, whose names span the alphabet from A to Z? Google definitely made a smart move, which also demonstrates the power of the new domains.

New domain extensions in the spotlight

Several media started taking an interest in the subject as soon as this incredible strategy was announced. Forbes discussed the origins of the new domain extensions, and presented a few companies that recently took the opportunity to register their company name with a new domain extension. Soul Camp, which offers sleepaway camp opportunities for soulmates, e.g. registered soul.camp. And now that Driftaway Coffee registered driftaway.coffee, the company name will now be much easier to remember for users. 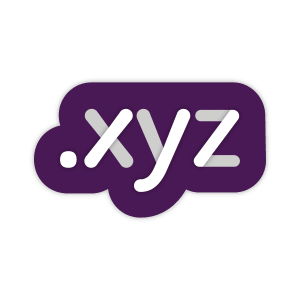 .XYZ is the most popular new extension

The signal has also immediately been received by developers. Until recently, about 3,000 new domains with the .xyz domain extension were registered on a daily basis. But since the announcement of Alphabet’s formation was made, that number suddenly increased to 10,000! With over 1.15 million registered domain names (16.64% of all the domain names with a new extension), .xyz now ranks first in the list of the top 10 new gTLDs.

And Google – Erm, sorry… Alphabet? Apparently, the company was quite amused by the turmoil caused by the announcement of its reorganisation. They even included an Easter egg in the article they posted on their blog. Check it out: surf to the posting, click on “more”, and then search for the word “drone” in the text. Click on the full stop after “drone delivery effort”… and see what happens! Find out more about the Alphabet announcement on International Business Times.

Warning: Google Chrome 80 may cause problems with online payments

If you have a website that allows you to receive payments online and this has sometimes failed to work properly for your users over the last few weeks, it could...

No HTTPS for your website? From July, Chrome will warn your visitors!

Google is keeping its promises and will soon clearly warn people who use its Chrome browser when they visit a website that is not using HTTPS. So, make sure to...

Google really wants to make sure that users keep trusting secure HTTPS sites. Since Google believes that Symantec was not strict enough when issuing SSL certificates, the world’s most popular...