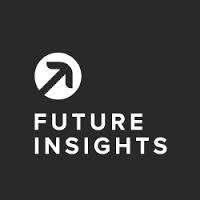 Varnish Cache can prevent your site from being slowed down or even from a crash due to massive traffic. Many CMS offer integration possibilities with Varnish in order to keep the pages’ loading times constant. Not only has Combell Evangelist Thijs Feryn shown how powerful Varnish is, but he also demonstrated how you can use it in combination with a typical WordPress blog.

Future Insights surely no longer needs any introduction. This group aims to become a hub for designers, developers and entrepreneurs who have a vision of tomorrow’s digital world. This is why Future Insight organises various conferences, such as the Email Design Conference in Boston (from 18 until 20 August), or the Future of Web Apps conference in London (from 29 September until 1 October 2014). You can watch pictures of previous events on the group’s YouTube channel.

Future Insights now launches a new project: 10 Minute Snippets. Its purpose is to give, in a short period of time, an idea of what a certain technology does, and how you can start using it. Our dear Thijs Feryn, Tech Evangelist at Combell, helped set the ball rolling with a Hangout video, in which he explains in a conversation with Ian Murphy from Future Insights what Varnish Cache is.

This technology provides a handy solution when traffic suddenly increases thanks to a “reverse caching proxy”. Varnish Cache places itself (so to speak) before your web server so that it behaves as a web server, but it communicates with your ordinary web server at the back. In the Hangout video, Thijs shows how Varnish Cache can keep the server load low when traffic peaks, even on systems with limited resources.

Combined with the WordPress plug-in W3 Total Cache, this technology also allows a faster update of the content of your blog in the visitor’s browser, because the cache is purged adequately.

In short, this 10-minute demo is a real must for all those who have a WordPress site!

Bakker.be becomes bakker.gent
The SSL certificate: what should you do?

No related posts found, yet.